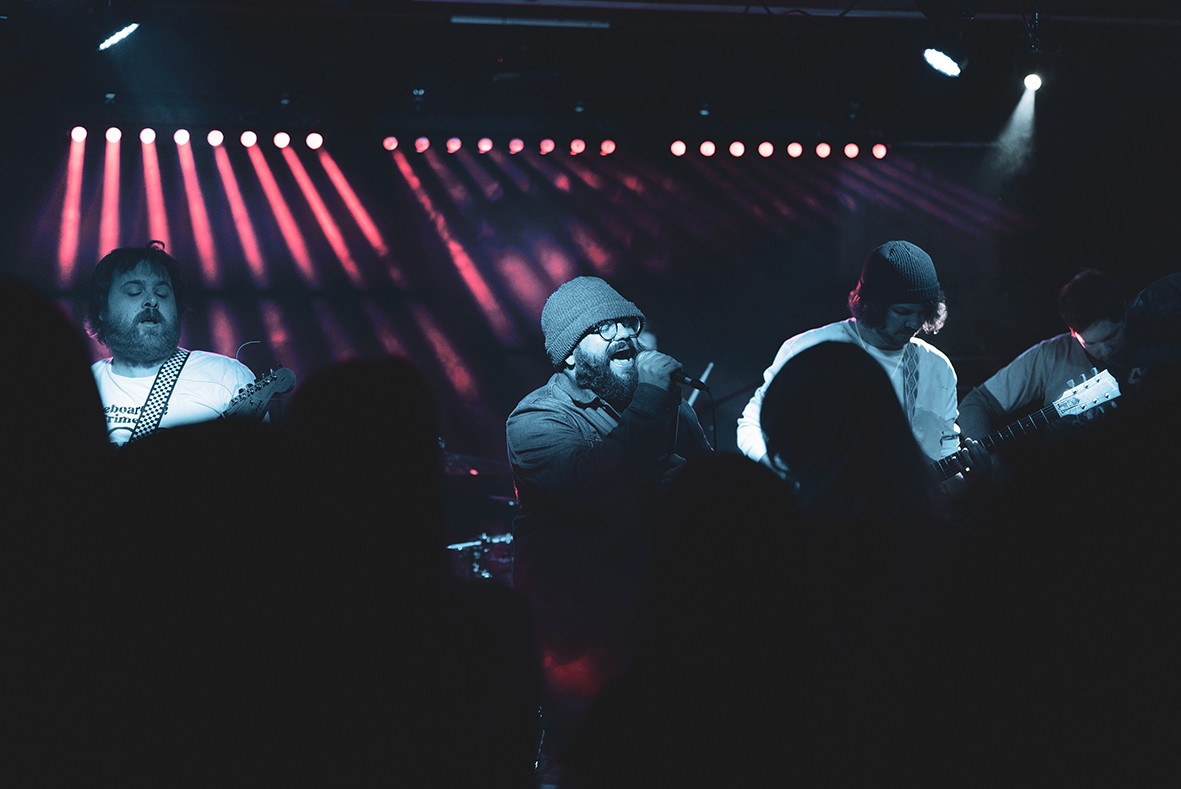 The first time the punk band 30 is Dead from High Point, North Carolina, used Elk Live they decided to start recording right away. We had a quick chat with Chris & Kevin about how Elk LIVE works so well it's not really punk - but that it needs a new feature that hands you a beer.

Tell me a bit about 30 is Dead, how did you start?

Chris: Yeah, I guess we’re a punk rock band, but we all come from different musical backgrounds, so instead of being influenced by bands, we’re sort of influenced more by compilations and videogame soundtracks. We all knew each other, all of us have played in relatively successful local bands around High Point, North Carolina for a while, but never really got to break out of the local scene too much.

Kevin: Then one day, Joe, our singer, and our bassist, Brian’s, like, “Let's just go jam.” It just kind of instantly clicked and we got going pretty good. And that’s kinda when the pandemic started…

Chris: Yeah. It was around February 2020; we were looking to book shows for the summer, but then, obviously, there weren’t any shows that summer. So during the pandemic we were doing mailbox drops of USB drives and stuff and it did not work. It was so bad, we are such a live band.

Kevin: Yeah, that was tough.

So, was it during the pandemic you heard about the Elk LIVE?

Chris: Well, yeah, sort of. My girlfriend was about to come up here to Pittsburgh for work. And the band thing was down in North Carolina. And I was like, “Well, I'm not ready to stop doing this yet, but I don’t know how we are gonna make this work.” And yeah, then I found Elk. I brought it up to the guys and everybody was like, “Yeah, let's just do that.” And now we’ve been doing it for around a month and a half!

And how has it been working?

Chris: What's so nice about Elk is that nothing has changed, everything is the exact same as it was when we were in the same room.

Kevin: The first time we set it up it actually worked so well, we’re like, “You know what, let's go ahead and set it up so we can actually record.” I mean, the first night we used it, we already got to the point where it wasn’t just practicing and writing it was like, “Hey, let's play this riff together and we’ll go ahead and we’ll record it real quick.”

Chris: Yeah, having played punk music for so long, I’m used to just scrapping stuff together, just kind of learning how to play through it. And I was like, “Alright, we’re gonna make this work, but it might suck to do.” And the most impressive thing is that it's kind of boring. It just works, it’s like nothing changed.

That’s incredible, I mean my next question was, what do you think the difference is to be in the same room, but it sounds like there is no real difference for you guys.

Yeah, that is a feature we need to work on…

Kevin: We met a guy on the Elk LIVE forum, he was in Alabama and he messaged Chris like, “Hey, I wanna jam with somebody, I haven’t jammed with somebody yet.” And so we met up with him one night, he’s down in Alabama, I'm in North Carolina, Chris is up in Pittsburgh. It was his first experience with Elk and he was just like, “Wow, I can actually play along with you, guys!” And we were able to teach him some parts of one of our songs and he actually played the song with us a couple of times

Chris: Yeah, we taught him like two whole songs in about an hour. He was really excited! It's gonna be wild when people start having that online dating experience of playing online and then meeting up for their first show in real life.

Kevin: Yeah, someone could write five or six songs but never meet in person. That’s coming, that’s gonna be next, I feel like!