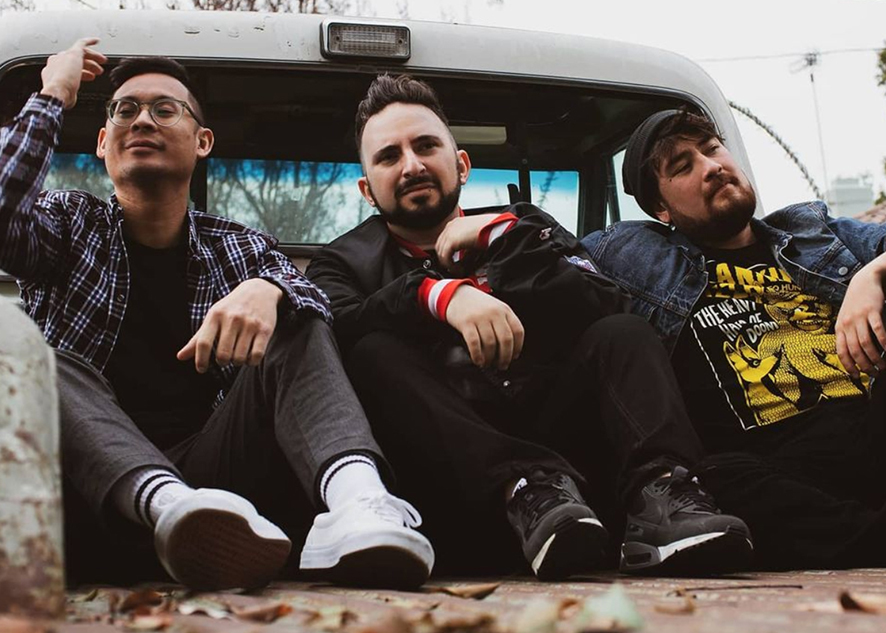 Bandmates Eric Ventimiglia, Andy Warpath (Bass), and Alex Tran (drums) from the pop-punk group, 5606, have been using Elk LIVE to rehearse and experiment from their respective home studios in San Jose and San Diego CA since late 2021. “This tech should not exist - don’t know what voodoo magic they do over at Elk - we are jamming together tonight even more than 450 miles apart. Just incredible!” 5606 Guitarist and Singer, Eric Ventimiglia.

Rooted in rock and guided by pop-punk, this San Jose band has been putting out fan-favorite tunes for more than 25 years.

With one eye on what’s the next move, the band has enjoyed both a great fan following and longevity. That thinking helped them navigate through the tough times and adapt to a new reality that is here to stay.

“Fast forward to the pandemic - another one of those times that forced an adapt or die path,” recalls Eric. “We realized quickly that the way that our music industry was shifting and not going back to the old way - not completely. Elk LIVE is a precipice for going forward and the possibilities endless as to what we can do as a group.”

During the pandemic, Alex, who originally lived in the same community as Eric and Andy, moved to San Diego, creating a challenge for rehearsing and experimenting on new songs.

Eric explains, “Playing remotely is basically impossible - but especially for drummers. However, I came across an Elk LIVE ad on Instagram claiming you can play on the internet. Now I’m a hopeful guy, but I was doubtful about this claim given that we had been trying everything. But I started following it and read interviews they’ve done - and reached out to see how legit the technology was. Fast forward- the unit showed up in the mail. We hooked it up. And for the first 15 minutes of using it, all we could do was laugh in amazement. How is the happening? I cried laughing -  it was unreal! For years so many people have been trying to figure out how to play music together over the internet and here it is, seemingly, at the speed of light and sound!”

Alex echoes the experience and its potential ​​"Using the Elk makes you feel like you're jamming in the same room with your friends. That used to be a bottleneck for writing and now music has more access to creativity than ever before"

Prior to the pandemic, the band had to lug six 150 pound boxes of gear to practice. With Elk LIVE, they just plug in and practice whenever they want for as long or as short as they want. Eric elaborates, “I plug this into this [points to guitar and Elk LIVE Bridge] and it does all that 1000 pounds can do and sounds even better with all the mixing control options. We can hone in and hear things that we couldn’t do before - allowing us to practice on a more micro level. We have always been tight but now we will be even better sounding because we can hear more clearly. And we can do this every day with the same visceral feeling you get jamming, sweating and rocking out in the same room.”

Elk LIVE is changing the way they can function as a band on a day to day basis for the better. “This tech allows us to just be - don’t have to work around it - allows us to be who we are.” So very cool Eric.