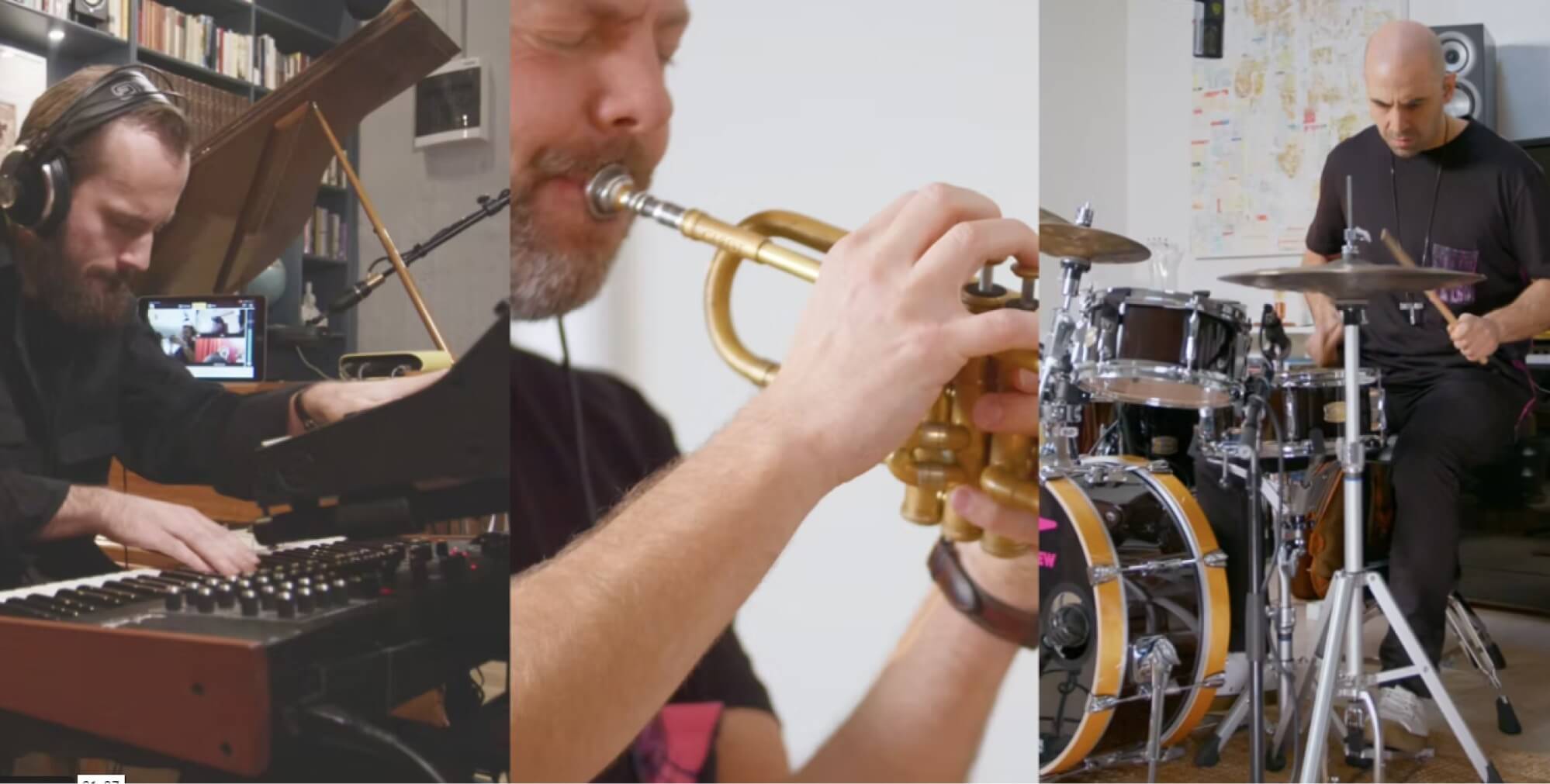 Ikiz is an accomplished drummer and percussionist who has always been open to new technology – especially when it means he can explore new creative options. An early adopter of Elk LIVE, Ikiz was one of the first musicians to beta test the technology (called Aloha) during the pandemic.

“In one of the first Elk LIVE sessions with Nils Landgren – the master of Trombone and bandleader of Nils Landgren Funk Unit where I am a steady member – we jammed for 41 minutes. He was 600 km away. The connection and the timing were rock steady. If you play on bigger stages in festivals, there’s measurable latency because of the distance between players. This felt better than that.”

Rather than put his career on hold for the duration of the pandemic, Ikiz, and producer/engineer Adel Dahdal, recorded a new single in collaboration with Conny Bloom, called  Björkhagen Boogie, using the early version of Elk LIVE.

“The single is a duo with a guitarist who uses a special instrument with three separate outputs (for high frequencies, low and combined) that go into three amps.  When we play live it’s open and spacey. Every gig was completely different. For the single we wanted to take the essence of the live gigs but condense everything to keep it tight and short. We found Elk LIVE to be totally transparent and reliable. It was super easy to use.  I was able to focus on my playing even though we were in separate spaces.”

Adel comments on the experience of using this first of its kind technology,

“When we first used Elk LIVE to connect with two other studios I thought ‘this is impossible’. We had a drummer here, guitar and keyboard somewhere else. They all played tightly together. It was an ‘aha’ moment. On another occasion I had a guitarist acquaintance of mine, Ryan Roxy, visit my studio. We plugged his guitar to an amp and he listened to the result on our control room speakers. What he didn’t know was that the amp was in another studio 30km away. Even with the round trip delay, he was completely unaware of this unusual arrangement.”

In addition to gaining more rehearsal and preparation time for recording and touring, Elk LIVE gives Ikiz more opportunities to experiment with a wider range of collaborators.

“As someone who is involved in many projects with various bands, Elk LIVE has allowed me to expand the way I collaborate with other musicians, from rehearsing songs to grooving and improvising.”

As of the time of writing, Ikiz is on his 2022 Ikiz Cabin Crew tour promoting the “Transit” album, The band continues to rehearse using Elk LIVE.